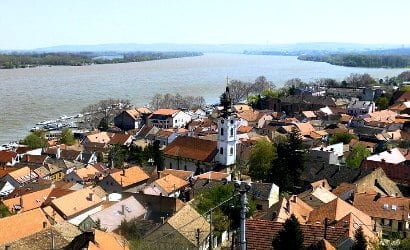 Zemun tour 2021 is for anyone hoping to experience the beautiful city of Belgrade in a different way is sure to love this city tour. With your knowledgeable guide leading the way, explore one of the oldest municipalities of Belgrade and one of the oldest settlements in Europe called Zemun, located on the right bank of incredible Danube river.

Explore one of Belgrade’s oldest districts on a 2-hour small-group tour of Zemun. Located on the banks of the Danube River, Zemun is teeming with history and landmarks.

Visit the old post office built in 1896, the famous White Bear Tavern, the Millenium Tower and more. Learn about the history of Belgrade stretching back more than a thousand years and enjoy the panoramic views from the top of the tower.

Pass By:
Zemunski kej The tour starts at Avijaticarski Square, well-known after the building of former Air Force Command, designed to look like an airplane. In 1999. The building was slightly damaged during NATO bombing. On our way to Zemun Quay, we will pass by the building of the Main post office, built in 1896, and the only opera house in Belgrade, called “Madlenianum.”

Stop At:
The Millenary Monument From restaurant “Stara Kapetanija” we start our walking tour through the heart of the old Zemun. We stroll along the bank of the Danube river, the second longest river in Europe, that runs through 10 countries. On our way to the highest point of Zemun, we’ll pass by the Orthodox church of Saint Nicholas built in 17th century, “White Bear” - the oldest building in Zemun and House of Karamatin - the most beautiful baroque building. Afterwards, we reach Gardos hill and the most famous historical symbol of Zemun – the “Millennium Tower” built in 1896 as a sign of the 1000th anniversary of the settlement of the Hungarians in the Pannonian Plain. The tower was built of stones and bricks and the height reaches 36 meters. The splendid view from the top of the tower will take your breath away and you will see Old Belgrade, New Belgrade and Zemun from a completely different perspective.

Stop At:
Zemunska Pijaca We continue our tour down from the Gardos hill to the main city center. We will pass by local flea market where you will have the great opportunity to speak with the locals and buy traditional, homemade products.

Stop At:
Magistrate in Zemun The two most important squares for daily life in Zemun are next on our route.

Stop At:
Zemunski Park In Gospodska street, main pedestrian and shopping zone, a quick break for refreshment will be made, and then we will proceed to the main city park called Zemun park where the Zemun’s High School – one of the oldest high schools in Serbia, is situated along with the two Baroque churches – Orthodox church of St. Gavrilo and Roman Catholic Church of St. Rocco.

What is the policy on face masks and attendee health during Zemun Tour ?

The policy on face masks and attendee health is:

What is the policy on sanitization during Zemun Tour ?

Dorcol Neighborhood, Old Belgrade, Savamala 1 Day
We use cookies on our website to give you the most relevant experience by remembering your preferences and repeat visits. By clicking “Accept”, you consent to the use of ALL the cookies.
Cookie settingsACCEPT
Manage consent