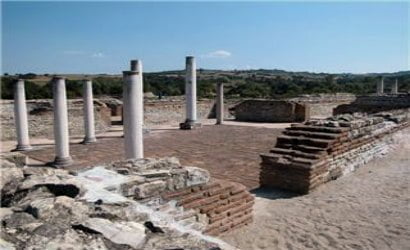 If you want to visit Serbia, a private day tour from Belgrade to Felix Romuliana Gamzigrad will be an opportunity to discover Easter Serbia's art, architecture, and archaeological sites.

The ancient imperial palace Felix Romuliana was located in today’s Eastern Serbia, and the remains of its gigantic towers and fortifications show the might of the Roman emperor Galerius, buried on the hill above it. This text is taken from Serbia Tourist Directory.

The monumental imperial palace Felix Romuliana was created when the Roman Emperor Gaius Galerius Valerius Maximianus, in the late period of his reign, decided to withdraw to his birthplace.

This antique structure is 10 km from the city of Zaječar. It’s about 250 km from Belgrade, and the best way to reach it is by taking the Djerdap highway over Kladovo and Negotin.

For lovers of Roman history, Felix Romuliana is a very significant place. This royal residence of Roman Emperor Galerius dates from the IV century and it is one of the most excellently preserved palaces of that period in Europe.

No wonder that this UNESCO World Heritage Site attracts tourists from all over the world.

Visit Felix Romuliana, one of the most impressive ruins of the Roman Empire

3.Ilino
Stop: 60 minutes
Ilino is a village in the municipality of Boljevac in eastern Serbia Zaječar District. After we are done with the history of museums and Romans, it will be time for lunch and we know the perfect location on the way back to Belgrade. Ilino Ethnic Village offers excellent local food and an authentic atmosphere with stunning views of Mount Rtanj. 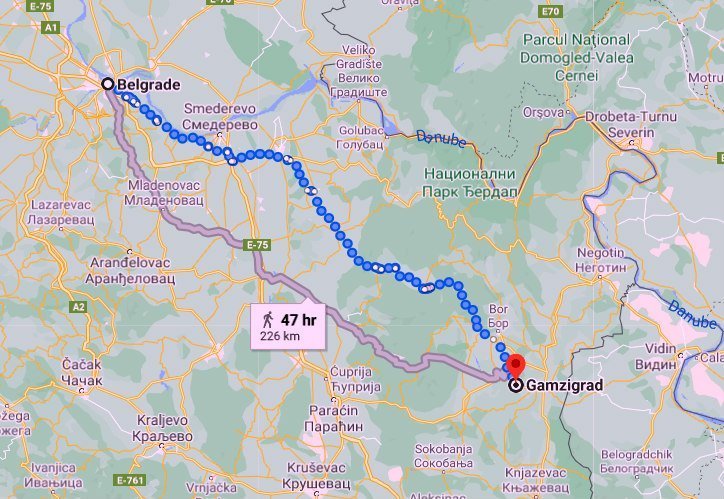 Dorcol Neighborhood, Old Belgrade, Savamala 1 Day
We use cookies on our website to give you the most relevant experience by remembering your preferences and repeat visits. By clicking “Accept”, you consent to the use of ALL the cookies.
Cookie settingsACCEPT
Manage consent