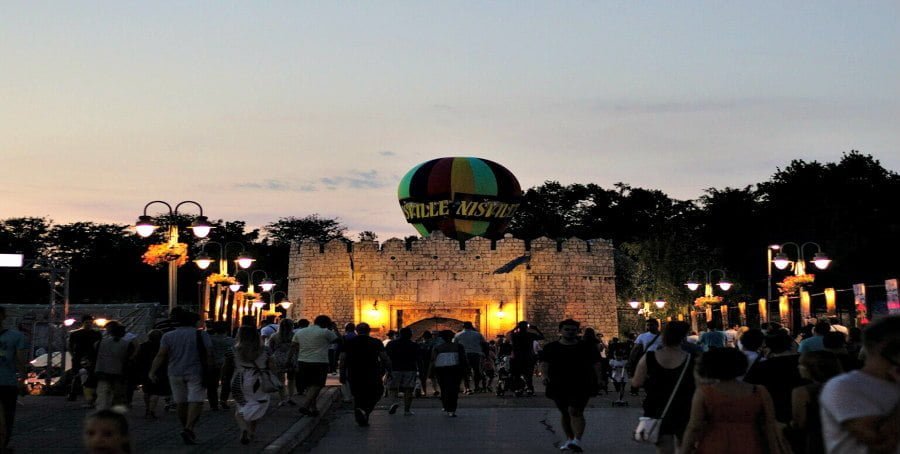 It's the most visited jazz festival in Southeast Europe, since its birth in 1995. The magazine “New Europe” and the prestigious British Guardian, have classified Nisville in the 10 best jazz festivals in Europe.

During the 10 days of the festival, 300 programs will be performed with about 1,000 performers. More about the performers, you can find on the festival’s official website.

The main program of the festival will be held from August 12th to 15th 2021. The performances will behold at different stages.

The main program of the festival is held in the open space of the Plateau of Nis Fortress, on two stages – Earth & Sky stage.

According to organizers, there will be over 45 performers at the festival for 10 days. In addition to a rich music program on several stages in the Fortress, King Milan Square, and the Quay Amphitheater on the Nisava.

The visitors can take part in many quality international programs within the next Nisville Jazz Theater Festival, as well as many documentaries and feature films. with a music theme.

Like every year (except 2020 when the festival was canceled due to Corona-19), many world-famous Jazz names have participated in this festival. This year two of them will be at the main festival opening program (August 12th).

Longtime Rolling Stones member Darryl Jones will perform with his Stone Raiders trio at the opening of this year's Nishville Jazz Festival on Thursday, August 12th. As it was announced, this will be the only Stone Raiders performance in Europe this year.

They will not perform at the closing, as previously announced, due to the obligations that Darryl Jones has towards the Rolling Stones on August 14.

In addition to Darryl, the band Stone Raiders consists of guitarist and composer Jean-Paul Bourelly and drummer Will Calhoun.

Earth, Wind & Fire Experience led by the famous guitarist and member of the original line-up of this cult soul-funk band Al McKay will perform on Thursday, August 12, at the opening of this year's Nisville Jazz Festival.

This will be the second performance of the legendary guitarist in Serbia after 46 years.

Tickets can be purchased at all points of sale in the Ticket Vision network in Serbia and abroad, as well as through online sales at Nisville tickets. (only in the Serbian language)

Note: all tickets purchased for Nisville 2020 in the Ticket Vision network are also valid for this year's festival!

Where is Nis and how to get to Nisville Festival

Nis is 240 km south of Belgrade. On this map, you can see all details of the distance and the way to reach Nis by car or by bus. You can also take a day tour from Belgrade to Nis.

The best way to get from Belgrade Airport (BEG) to Niš is by bus via Glavna železnička stanica (Main Belgrade railway station) which takes 4h and costs RSD 1300 – RSD 3300. Alternatively, you can train, which costs RSD 1100 – RSD 1800 and takes 7h 33m. (not recommended).

In case you decide to fly to Nis you can find cheap flights from many European cities. Cheap tickets to Niš!

Find out the 5 best ways to travel from Belgrade Airport to Nis town!