The coffee-drinking culture in Belgrade is not just coffee drinking but an important cultural tradition that has become a form of outing and socializing. It’s an amazing experience and memory of the Serbian food and drinks habits.

Belgrade coffee sipping culture has a very long tradition. Serbia is not the country where coffee originates, but it bears a Turkish name.

I must say that one of the few positive inheritances left after centuries of  Turkish occupation is just Turkish coffee.

Belgraders like to drink coffee. I would say that drinking coffee isn't the right word, it is better to use a verb – sipping coffee.

Recently, it's sad to say that Turkish coffee is less and less served at bars and restaurants and mostly drunk at home.

Today, when younger people drink espresso coffee or cappuccino, it's not easy to find a kafana (the place where coffee is drunk).

The term ‘kafana' originated from the Turkish words “Kahve” and “Hana.” The first refers to the black drink; the second is ‘home' or ‘house', so it is clear how this term came about – the place where coffee is drunk.

The time it takes for coffee drinking culture in Belgrade

If you’ve been to Italy, you’ve probably noticed that espresso is drunk ‘on the go'. You'll need more time to order coffee than to drink it.

In Belgrade time that takes for one coffee goes from half an hour to forty minutes. It's not a question of just drinking a coffee. It's also, the enjoyment of coffee drinking.

On the other hand, in addition to coffee, it's the right moment to exchange own opinions about everyday events. It is routine in most Belgrade cafes among friends, business partners, or lovers.

But the Belgraders do not rise so quickly. If people haven't been in the coffee bar for at least two hours, they better not even leave the house.

There's something special about Turkish coffee! Today, when this coffe is less frequently served in coffee bars and mostly drunk at home, it's important to know how to prepare it.

Turkish coffee is very finely ground coffee brewed by boiling. Any coffee bean may be used; arabica varieties are considered best, but robusta or a blend is also used.

Secondly, few people know that water doesn't need to boil for Turkish coffee at the beginning! It is served from a copper cezve ( džezva in the Serbian language) heated to just before boiling and is removed from the cooker.

As an addition to Turkish coffee, it's usually served a delicacy called Ratluk. This oriental pleasure came from Turkey as early as the 15th century, and in translation into Serbian Rahat locum (otherwise the Turkish word) means – sweet snack.

Today, although not served so often, there is rarely anyone who will refuse it when served with coffee. If you like sweets tooth, ratluk should be on your shopping list. This popular Serbian sweet is a little like Turkish delight in one way. As in its very sweet and sticky, it dates back to the times of the Ottoman Empire.

You’ll find ratluk in souvenir shops, patisseries, and in markets, and you’ll probably also find it in abundance at the airport duty-free section before you leave Serbia!

Food and Drinks Tours in Belgrade 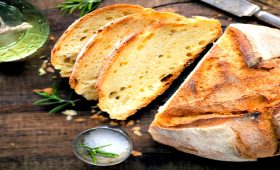 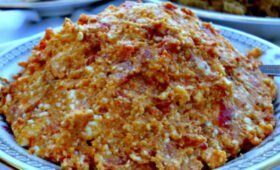 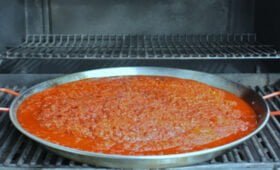